Fishing Trips V: Return from the Monnow & Why Men Should Love their Wives

The return up North from the Monnow was a lazy journey.  I felt more relaxed about everything than I have done in ages. I stopped in Kington, which is certainly in my top ten of towns. There I snapped a rather bad image on my camera phone (real camera is drowned and out of action) of my favourite object. It's the sign from outside the local print shop. I have a bit of a typographic fetish and the spacing on this sign is just really perfect. 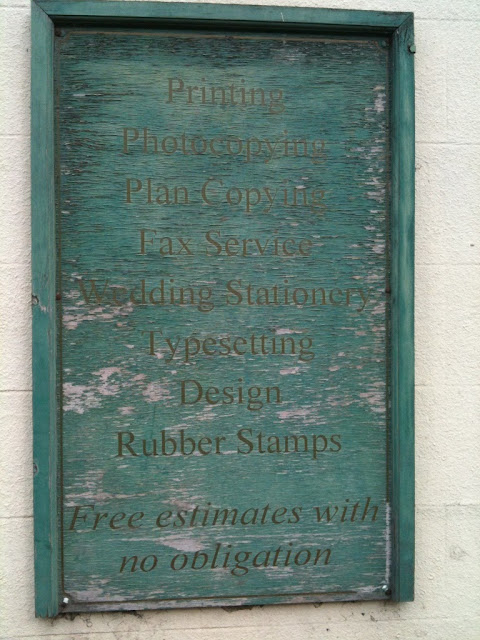 There is also a butcher there who makes his own cured air dried ham, Black Country style. It's the British version of Parma or Seranno ham. I bought some and some eggs laid by hens who have a ridiculously cosseted existence.
Two years previously I had been forbidden to go to Sportfish. So I went. Out of principle making V-signs in the air. Remarkably, I only purchased under fiver's worth of goods.  That was out of principle too.
Stopping at Worcester for sandwiches and tea and drinks with friends in Leeds I trundled home at midnight and woke my housemate.
Today, I have been both fantastically lazy and gloriously domestic. I have baked a Black Country ham and egg pie in an attempt to seal in the wonderful Heredfordshire atmosphere I have enjoyed these past few days.
It's ugly but delicious though I think I should add a little bit more water to the egg mixture and possibly some parsley. 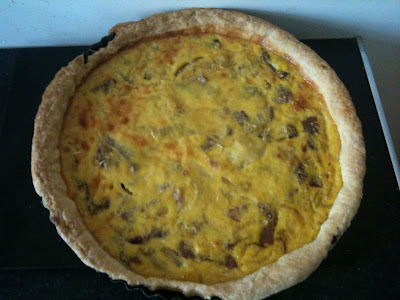 On an entirely dull and boring note I wiped down my waders, tidied my bedroom and have put on three loads of laundry today. As I was rinsing off my wading boots, it occurred to me that there was a good chance that most fishermen have wives and possibly various other lady friends in different forms who would be doing all of this for them. I don't mean to pander to stereotypes but it's just a fact that most domestic chores are done by women. The National Statistics Office says so.  So fishermen of  Britain, love your wives as they clean your underpants.
I also managed to sit down at the vice to try and solve a problem I had with sighting my fly. If you are short like me and wading, you can often be not far off the surface of the water and this makes spotting your dry fly tricky.  This means you misplace casts and miss rises. This is why parachute flies are so popular because they have a polyarn post. I have never managed to catch anything on a parachute fly so I don't like them. I also like fully hackled flies as I am convinced their messy silhouette attracts fish.
Call me old school if you like, however, I just really don't like seeing bright pink things on the river. It just doesn't feel right. However, to see, I think you need some pink. So here is a possible solution to trying to tie an old fashioned fly in a way that I can see it. 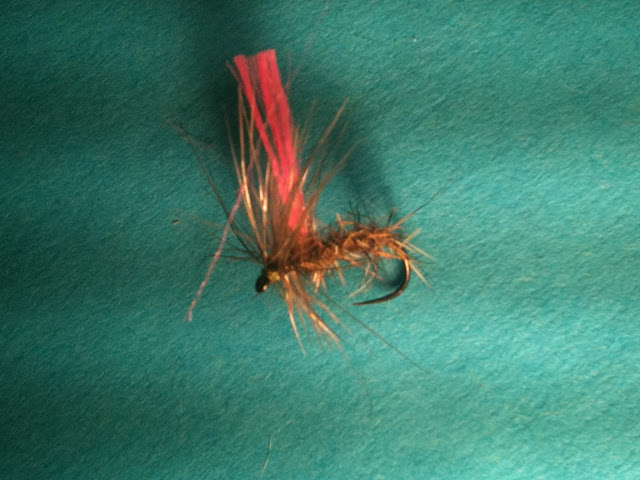 Anyway on that note, here my holiday ends. It's been wonderful. I am back to work tomorrow and dreading my inbox and pigeon hole and yet the fishing season has truly started.  So none of that malarkey seems to matter so much any more. The hope being that, now fully unwound, I can actually just get on with it, whilst thinking of fishing of course.
at Tuesday, April 05, 2011