Sea trout have always seemed like a magic fish to me.  Their whole life stories are a mystery because there is apparently no real difference between their silver loveliness and a chubby, brown river trout.  Apparently, a bog standard trout will suddenly get a wanderlust and for no particular reason, head out to sea. Some years later, on a whim, the trout will return, prodigal-like to their birthplace to breed.  Yes, the sea trout is the mystic of the river, the aquatic equivalent of the moon-gazing hare.

My father told me true fairytales of sea trout fishing in Ireland, where all nights were a success because every night, like clock work, he would be accompanied by a furry faced otter. The first time my father took me with him was in Northumberland; I can’t have been much more than 12 years old. I was entranced by the flitting birds and confused by my hurting ears. My father mentioned slowly that they were bats and that the pulsing, repetitive stinging in my ears was their echo locating clicks. The whole evening was eerie. I could only think of vampires in the darkness.

The second time we went to a famous pool on the River Itchen. Monks from a different age excavated it as a pit to net salmon and sea trout. It forms a perfect circle reminiscent of standing-stones. I was an older and possibly surlier teenager and I think I was just about to start at University. I thought I was so damned smart. I read Hugh Falkus cover to cover sucking information from it. Needless to say, in that freezing cold night that poured with rain we caught bugger all. Falkus had told us that in those conditions it would be the case and so it was. Mr Falkus had, however, neglected to include any help or hints of any kind as to what to do when nearly two hundred swans (I counted) cover every inch of the pool and treat it like a cheap hotel in Benidorm.  There was no room to swing a cat and certainly, my duffer skills of an inept student didn’t allow me to cast anywhere with any success. It was as if the trout had conspired and cast some dark magic spell to smother the water with white birds. Their hissing and aggressive, magnificent wing-flapping gave the swans an air of guardianship.

All in all I was pleased to return there this year. I felt I had unfinished business with swan lake.  The conditions were kinder, the weather was good, the tide was right. My father, our friend and I were so excited. I felt edgy and clammy and our conversation almost turned to shouting with all the nervous energy.  We set to fishing, excitedly assembling our gear and casting into the inky pool full of hope.

That pool, for all its mysticism is intimidatingly urban. You fish under the glare of streetlights overlooked by a Brutalist tower block.  Police sirens and the wail of ambulances accompany the hoots and tweets of birdlife.  We were joyfully swan free.  However, to be honest, I still don’t know what I am doing and neither really did any of us. As the hours passed our chum who wears dodgy waders hooked in to a silver beauty. As a band of amateurs, landing and killing the trout in the dark became a team affair. I made artless lunges in the dark with the net. Once netted our friend walked 20 yards away from the river in order to claim his prize and avoid it spilling back into the water. My father made the deathblow. He and I spent the rest of the evening green with envy, sour-faced and fish-less. However, by morning I think I understood more about how to catch sea trout; how your line and the tide and the currents need to be forced to conspire together to snare a moon trout.  As the sun rose, we bundled ourselves into the car and I was dropped back at work. I was able to snatch two hours of sleep on the sofa in my office. I wrapped myself up in discarded silk damask from the Haunted Gallery and close my eyes. My sleepy mind clouded with desperate longing to return and catch a sea trout, the spookiest of fish. 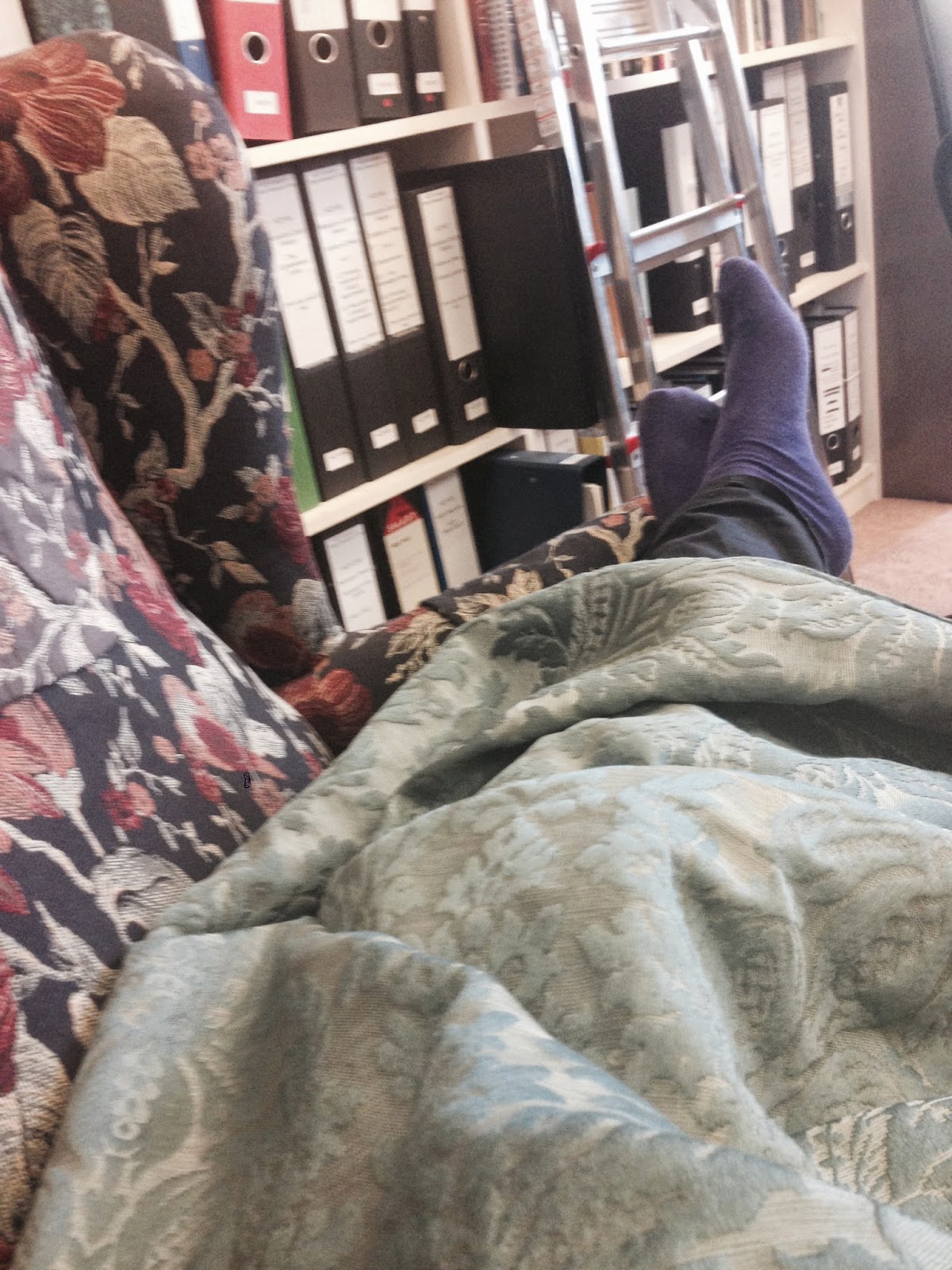 It’s that time of year again. It’s easy when it’s cold and drizzly and miserable to charge through your inbox and manically type out reports. It’s not so easy to type when the sun streams in through your window and there’s a pleasing combination of freshness and mugginess to the air. Any fisherman knows that on the river right now flies will be surfacing and dropping and trout will be rising. It’s agony but it’s also blissful because I am reminded why I love England so much.

The physicist is now a Tier 2 Migrant Worker. It sounds so dodgy doesn’t it. Despite being an American with a shared language and history he is navigating the nuances of this country. In England, you are instantly pigeon holed by your accent, your dress and indeed by what supermarket you go to. People in England are even judged by their carrier bags. God help you if you are seen with a Lidl or Aldi bag, indeed you are judged if you have any carrier bags. I know that our jute bag with the name of a vegetarian restaurant in Brighton instantly screams “sodding, vegan, yoghurt-slurping hippie”. Equally, my Jockey Club canvas tote bag marks me out as a toff. I also admit that I enjoy going on the number 16 bus carrying a Christies carrier bag pilfered from work. I like the thought that people might think that I actually shop there. I wonder also whether this marks me out as a target for thieves.

What I am saying is that the English are frightful snobs. So it is entirely unsurprising that when my husband and I went fishing together recently, we would get into trouble.  I am a girl and therefore a rare and weird occurrence on the river, I also never wear nasty over priced fishing gear. My husband, new to the sport, doesn’t own any. So, as it was threatening to rain, he sensibly wore his warm, black leather jacket. We must have been a sight, as my husband is rather tall and very blonde. The lovely bailiffs mistook us for a pair of Eastern European poachers and came charging up to check us out. It also didn’t help that I filled out the book wrong.  It was soon sorted out and I admit, I felt like saying, “Don’t you know who I am! Don’t you read my blog?” Then I realised that I haven’t written for so long that I am now anonymous in the fishing world. 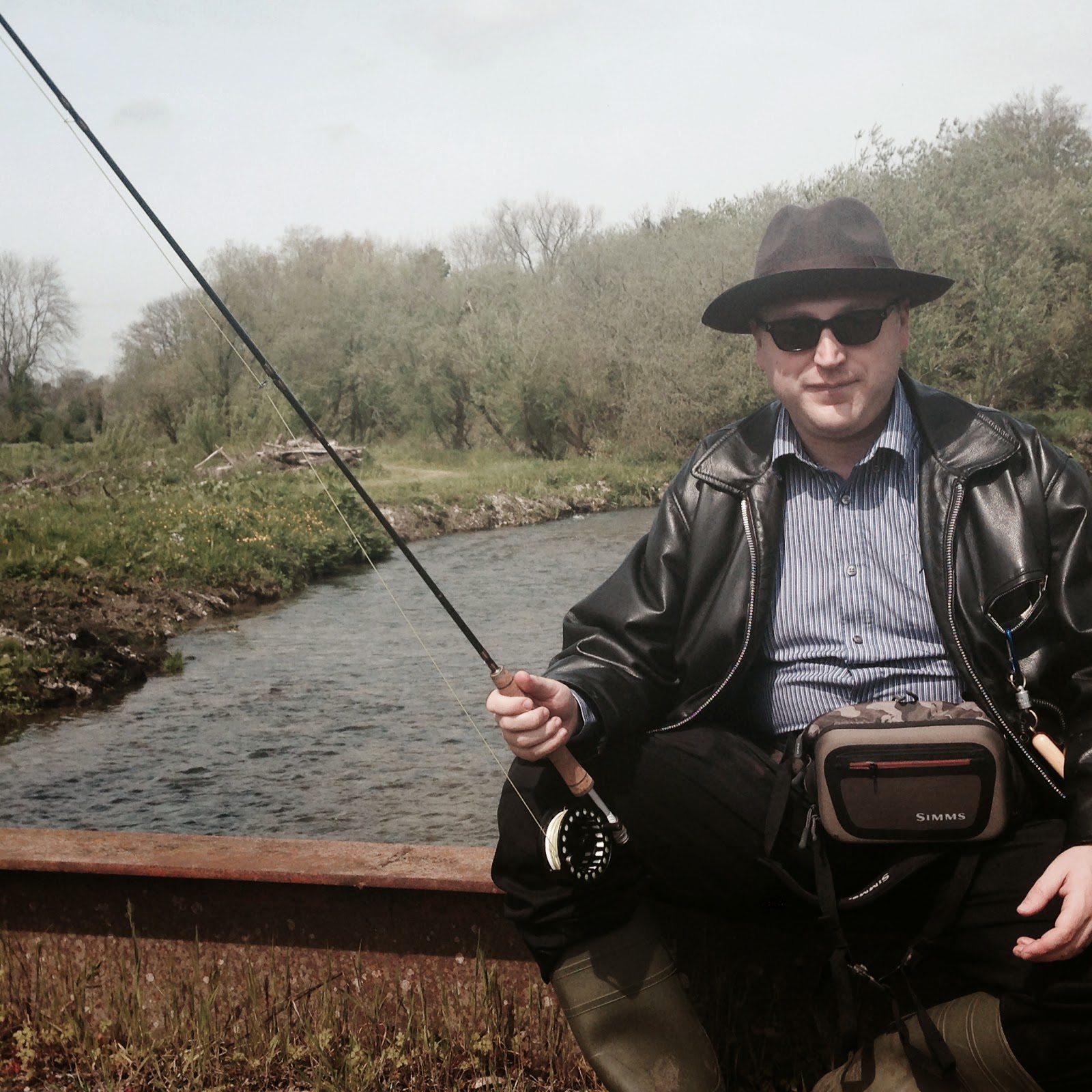 It would be easy to get grumpy. However, this weekend we went to our fishing club’s open day. My husband tried out three shirts and wore his tweed jacket to establish himself as a decent country gent. I helped on the tea stall and baked cakes to show just how perfect an English housewife I am. I also learned that a mere teaspoon of insecticide leeched out into the water can destroy all fly life in the river for thirty miles. Our rivers are so precious and delicate and the bailiffs were really just looking out to protect the waters they have been charged with guarding.

There is an election on Thursday and the main talk is about immigration and each party is claiming to be more patriotic than the next. Some talk about preserving England from foreigners. I have to say though that preserving England has less to do with preventing a few more languages creeping in on my commute. England is green, dotted with fluffy lollipop trees, scored with clear rivers filled with trout and bouncing with flies. That tiny teaspoon of poison and the frightening amount of phosphates leaking into our rivers is a far more dangerous threat.
at Tuesday, May 20, 2014 Links to this post